Home Business Idea Cloud-Based Phone System: What It Is and How It Works Cloud-based phone systems are becoming more popular with businesses. Is your business ready to move?

A reliable and effective communication system is essential for any business to succeed. Although cloud-based phone systems are also known as internet calling, or Voice Over Internet Protocol (VoIP), they have gained a lot of popularity due to the availability of cloud storage in all areas of business. However, not everyone will like them. You can read on to find out if it is right for you.

What is a Cloud Phone?

A cloud-based phone system or cloud telephone allows you to make phone calls over the internet instead of using traditional analog phones that use copper wires or optical fibers to establish a connection. One or more cloud phones are hosted in secure data centers offsite.

These phones can be used with many devices including smartphones, adapters, software, and VoIP-enabled phone. Instead of maintaining software on a server like a private Branch Exchange (PBX), all information and data can be stored in the cloud. You can easily update everything in the cloud, which saves you money on maintenance.

Traditional telephones are connected to the public network by using. These networks are either ISDN or PSTN. Modern setups allow traditional phones to work with VoIP. This allows the phone lines to be connected via the internet.

Cloud phone systems extend the concept. The phones do not use traditional networks. Instead, voice communication is routed via a hosted internet service. Although traditional phone technology is still possible, it’s not necessary. Cloud calling can be used by any device that has a computer. Cloud-based voice can often be cheaper than traditional telephone lines or VoIP, as it can be combined with other cloud services. Providers can use cloud calling as a cheap resource.

How does a cloud-based phone system work?

Cloud-based phone systems break down your voice into digital packets which are then sent over the internet as data to the recipient. To route calls, a cloud-based PBX will be used.

Cloud-based phone systems can be accessed in a variety of ways, so they are available to anyone who has an internet connection. Cloud-based calls can be made via a variety of methods.

Cloud-based phone systems offer many benefits. An analog phone’s features can be limited, but cloud-based phones allow you to update and add new features as they become available. These are just a few of the many features.

As the internet becomes more accessible and more digitalized, cloud-based phone systems are increasingly popular. While cloud phones have many advantages, including reliability and cost, there are important things to remember before you decide if they are right for your company.

Cloud-based phone systems are very affordable. Cloud-based phone systems allow calls to be made entirely over the internet. This means that you only pay for internet usage, not for additional phone service or call minutes. Traditional phone systems can be costly with many lines and add-ons like voicemail or call transfer. Cloud systems typically offer the phone service with all major features included in the package. This means that you only pay one monthly fee for all your communication needs.

Cloud phones are very reliable. Cloud phones are extremely reliable because they can be hosted at multiple locations. This means that even if one server has issues, another server can still keep your communications going smoothly. This is known as geographic redundancy and is an effective way to avoid service downtime and service problems.

A cloud-based phone system is a great choice for scaling up your business if you are experiencing or expecting major growth. Cloud management systems allow you to easily add new phone lines, extensions, and other advanced features without having to hire a professional or pay more for equipment. You can also save time and money by updating your cloud management system.

Cloud-based phone systems have their drawbacks, which should be considered carefully.

Cloud-based systems are dependent entirely on your internet connection. A cloud-based phone system might not be the best choice for you if you have poor or inconsistent service. You need a strong and consistent connection.

It may not be economically feasible to buy all the adapters and new IP phones if your company already has many phones. Look at the equipment that you already have and decide if it is worth converting it to a cloud-based solution.

Cloud phones are completely dependent on the internet and can be vulnerable to security threats like malware and hacking. It is essential that your internet connection is secure. Talk to the provider that you are considering and ask them about the security measures they take to protect your data.

Cloud-based and VoIP systems may not be able to provide 911 call support. The cloud-based phone system is not tied to one geographic area like traditional phones, making it more difficult to trace 911 calls. Enhanced 911 (or E911) is an option. Customers can set up a physical address to show up on their cloud phone when they dial 911.

This service is not available from all cloud providers or VoIP providers. They must work with traditional phone companies (direct rivals) that have limited access to the 911 network. Ask your VoIP provider if they offer 911 service automatically. If so, do you need to activate it? 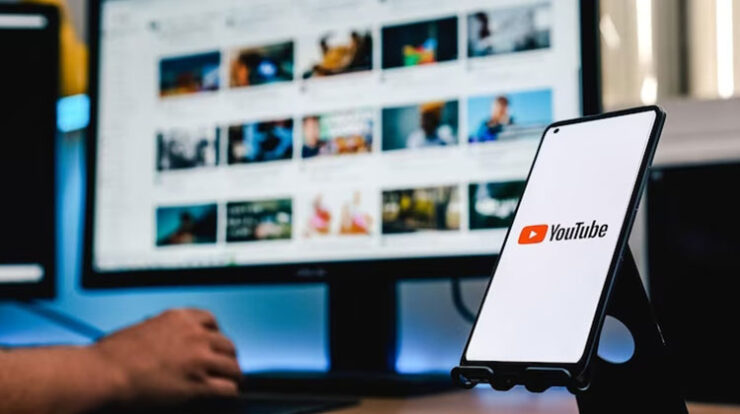