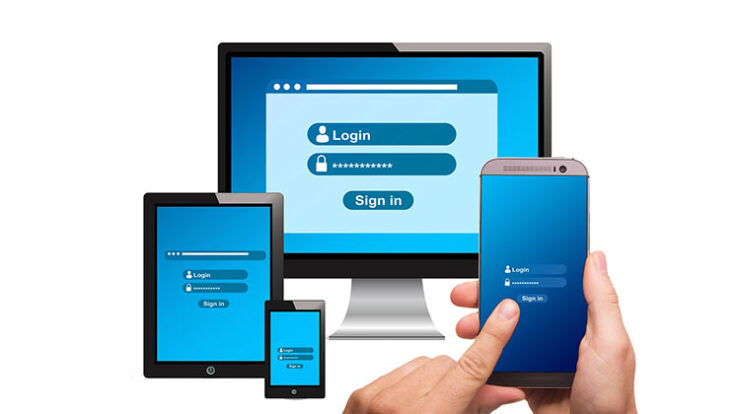 Password attacks are One of the most pressing issues that we are facing today. Did you know that the first ever password attack was actually committed in 1962? It involved someone simply printing out the password list stored on the computer. It’s not true. Back in MIT’s Compatible Time-Sharing System, Allen Scherr, a PhD researcher, used passwords to allow the individual access to CTSS. This was to make sure he had access to CTSS beyond his weekly-allocated time.

This simple trick was the first in a series of tactics and tricks that can be used to execute password attacks. Today, password attacks have evolved quite dramatically. Every second of every day, organizations are facing state-of-the-art hacking techniques. To combat this, identity access has become more complex than just remembering one word.

With an average user managing around 100 passwords, it’s not surprising employees are using simple-to-remember details about their own identities as passwords and reusing the same passwords across multiple accounts. Users are now sharing more personal information online than ever before. While the average person may feel like they are part of an online community it is hackers who see it as a playground.

Password attacks remain a very serious problem. We’ve compiled a list of eight common types of password attacks You might be confronted with. So that your employees are safe online and your company’s data is protected. Knowing what you are up against is half of the battle.

Phishing currently is the most common type of password attack that is the one that gets the most attention online. It’s easy for people to understand why. 75% have been the victim of a phishing attack. However, falling for phishing attacks can be avoided.

Phishing relies on human error for success. Instead of a hacker cracking a password, users simply hand over their sensitive information on plates. Why do they do it? Because they don’t understand, they are giving their information to hackers.

This is how phishing works. Hackers will disguise an email to their victim as though it came from a trusted source, such as a bank, network provider, or delivery service, and ask them to take a specific action. Let’s take PayPal as an example. A hacker may send an email pretending to be from PayPal informing their target that their account is locked and asking them to verify their identity online. After clicking the link to a fake PayPal website and entering their credentials there, the hacker will have their details and be able to log in to their genuine PayPal account.

Also read: 20 Most Popular Types of Cyber Crime You Should Know

Humans have notoriously poor memories. It’s overwhelming to think of having to remember dozens of passwords for different accounts and then changing them every three weeks.

68% of Americans were found to have used the same passwords in multiple accounts over the course of 2021. This leaves more than two-thirds of the population at risk of credential stuffing attacks, especially if multiple accounts are compromised.

Credential stuffing is based on the human tendency to reuse passwords. This type of password attack involves hackers trying different combinations of usernames and passwords in the hope of getting access to accounts where the target has previously used a compromised password. Hackers have the option to steal passwords from the Dark Web or reuse them they have already stolen by other means of credential theft. This tool will allow you to check if your passwords were compromised via the dark web.

Brute force attack is one of the easiest and most common ways for hackers to gain account access–This is why they are so popular. These types of password attacks are responsible for 80% of hacking incidents.

To carry out a brute force attack, a hacker would use a computer program to attempt all possible letters, numbers, and character-by-character sequences until the correct combination was hit, so that they could be used by the user. be accessible to. to access the account.

This is done in a systematic manner, starting with the most commonly used passwords. “123456”, “password”, and “password”, take less than one second to crack. It is often automated and can account for password requirements such as minimum characters or the inclusion of a number symbol. Additionally, it can bypass limitations on the number of attempts before an account is locked.

Dictionary attacks tend to be based on variants of commonly used words. However, more advanced attacks use details that can be personalized to specific users. These details are easy to find online. It can be quite quick to find an employee’s pet name on their Instagram account or their favorite song from their Spotify profile. According to the latest research by NordPass, “Justin”, was the 136 most used password in 2021. Justin Bieber may be the reason that you turn down the radio but could also be the reason your company is subject to a cyberattack.

Password spraying, which is similar to dictionary attacks and password hacking, is a brute force attack in which accounts are accessed using commonly used passwords. What makes a password-spraying attack different –as the word “spraying” might suggest–It can target thousands, or even millions, of users simultaneously rather than one account.

Instead of one user trying to log in, it is better to distribute login attempts among multiple users or organizations. Account lockout policies that are triggered by failed login attempts reduce the chance of hackers being caught. Password spraying attacks are often directed at single sign-on or cloud-based platforms, and can be particularly dangerous.

Because even the most strong passwords won’t protect you, keystroke loggers (or keyloggers) are particularly dangerous. As you enter a password, imagine someone looking over your shoulder. No matter how strong the password, they will know it if they have seen it.

This is how keyloggers work. They don’t crack passwords but spy on their victims and record their passwords as it is entered. But not just passwords–keyloggers record everything you type. This means hackers don’t have to guess usernames because They have already recorded this information, along with credit card details, security questions answers, and sensitive information like social security numbers.

Keyloggers are a common form of spyware that infects a victim’s computer with malware. Although physical keyloggers exist, software keyloggers tend to be more prevalent. To infect victims’ devices, they must be able to access the system via phishing, drive-by download, or trojan. Keyloggers can infect a system almost instantly. This is why prevention is best in this situation.

Man-in-the-middle (MitM) attacks are almost self-explanatory–they involve a type of interception while data is in transit. Hackers will relay data between two destinations by sitting between them. Think of it this way: three people sitting side-by-side. To allow them to communicate back and forth, the messages must be sent through the person in middle. Except for MitM attacks, victims have no idea who the person in middle is.

A hacker can act as a proxy in order to hide the fact that MitM password attacks are being carried out. The hacker may create a fake PayPal login page to encourage victims to enter their credentials. However, it does not end there. After allowing the victim access to their fake website, the hacker will use the stolen credentials to log in to the victim’s account at the real PayPal. The hacker then performs whatever actions the victim does on the fake website and sends back any replies to the victim. The hacker is able to not only be unnoticed but also verify that the credentials entered by the victim are correct.

Perhaps you can recall being assigned to decode a cipher with a table of the corresponding symbols in your school days. This task may have been appealing to Sherlock Holmes at the time, but it is now a popular choice for hackers trying to crack encrypted passwords.

First, let’s understand what hashing is. Hashing refers to the mathematical conversion and encryption of passwords by organizations so that they are stored in the system as cryptographic sequences. Once a user has entered their password, it is automatically hashed and the hashed value of the password is compared to the one stored in the system. If anyone had access to this password database, they would be able to see encrypted passwords rather than actual passwords.

Rainbow table attacks can be used in place of dictionary attacks, but they use a rainbow list rather than a list. This allows for faster password cracking. The key to decrypting encrypted passwords is the rainbow table. It’s where precomputed hash functions and their hashed values are stored. It allows hackers to compare the values of your database against it and decrypt any hashed passwords. Rainbow tables that contain the solutions to common algorithms for hashing can be found on both the dark web and generated with hacking tools like Rainbow Crack or 0phcrack.

Prevention is the best defense when it comes to password security. It is better to prevent password attacks from occurring in the first place than to have to defend your company after the fact.

These password attacks are common and can be prevented by using the following methods:

While password attacks are no longer limited to printing out lists of passwords from users, our defenses must also evolve with them. A strong password solution can make the difference between business as usual and a major data breach. Is it worth taking the chance to implement one?