Python is a versatile and powerful programming language widely used in data science. There are many libraries and tools available for data manipulation, analysis, and visualization. This article will focus on the 10 most important Python topics for data scientists. These topics will help data scientists understand and work with Python data, which will allow them to analyze and interpret data more effectively and efficiently.

Data scientists often use functions in Python because they are fundamental concepts. Functions allow you to reuse and organize code making it easier, more readable, and more maintainable. The def keyword is used to define functions in Python. This is followed by the function name, and possibly a set of parentheses that can contain parameters.

Lambda functions are also known as anonymous Python functions. They allow you to create small, single-use functions in Python. These functions are defined by the ‘lambda” keyword followed by one or two arguments, a colon, and a single expression. Data scientists find Lambda functions useful because they allow the creation of simple functions, without having to name them or include a complete function definition.

Pandas is a Python data manipulation tool that is both flexible and powerful. DataFrames can be used by data scientists to perform many data manipulation tasks such as filtering and aggregation. They also have the ability to handle missing values and perform data-cleansing tasks.

It’s a valuable tool for data scientists in many different ways. It can be used to clean up and pre-process data, handle missing values and convert data types. Data scientists can also use it to analyze data distribution and distribution, producing summary statistics and visualizations.

Lists are an essential data structure that every data scientist will need to use frequently. The Python list datatype is a powerful and versatile tool for manipulating and storing data. Lists can store multiple items of various types. This makes them great for processing data of different characteristics.

It is a powerful library that allows you to do numerical computations in Python. Numpy arrays can be especially useful for data scientists as they allow you to perform mathematical operations across entire arrays rather than looping through each element and applying the operation individually.

Dictionary is the fundamental data structure of Python Data scientists use data science to store and retrieve data. Because they make it easy to store data in an understandable and easily accessible format, dictionaries are very useful for data scientists.

Data scientists often use sets, another basic data structure in Python. Data scientists find sets useful because they enable them to remove duplicates from a data set and perform common set operations such as intersection, union, and difference.

The Python apply () method can be used in conjunction with the panda Library, which is a powerful Python library for data manipulation and analysis. Data scientists find the apply () method useful because it allows them complex operations on large datasets, without needing to write loops.

Python’s map function () is a built-in function. It is similar to pandas’ apply () method, but is designed for simple iterables and not DataFrames. The map () function can be used by data scientists to apply a simple operation on each element in a dataset.

These are the most important topics in Python for data scientists. They are essential to your success in data science. What is a Wireless Sensor for IoT? 4 Best ChatGPT Alternative Tools You Must Try It 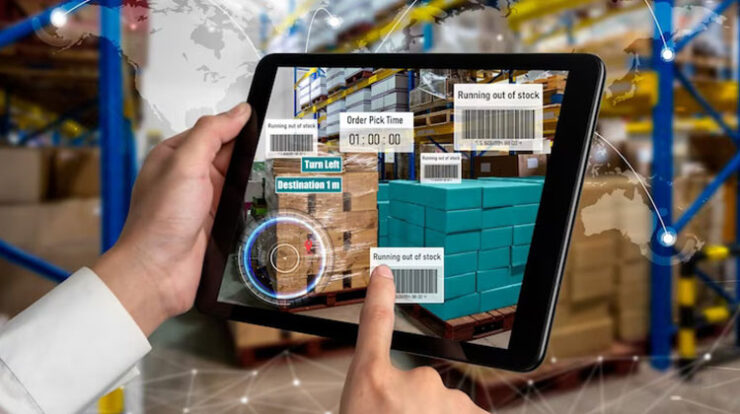